The prominent anchor plates decorating the façade of this historic building by the Ruïnekerk leave no doubt about its year of construction: 1655. That makes ‘t Sterkenhuis Bergen’s oldest building after the church itself.

Originally, the building was a farmhouse, but until now I’ve found very little (if not no) information about its history before the start of the 20th century, when the dilapidated building was saved from demolition on the private initiative of Jacob Sterken and his daughters. Bergen’s new municipal building had just been completed on the opposite side of the church, and with the brand new, modern post office by the hand of famous architect Berlage built in 1909 right next door, the local authorities probably thought it was an eyesore. Either way, there were no public funds to renovate the old farmhouse and so the Sterken family intervened. They bought the building in 1912 and conducted extensive repairs, whereby part of the rear of the building was lost. 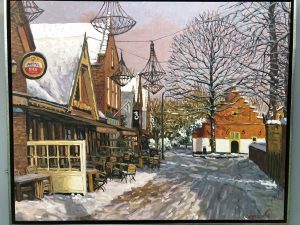 [This 2018 view from the south of the Sterkenhuis by Bergen painter Eric Winder has been reproduced here with kind permission from the artist himself. Eric Winder is from a family of true Bergenese, and it just so happens that his great-great-grandfather lived in the old farmhouse for a time. Please click on the image for a larger version.]

Sterken had a plan, for at around the same time, the collection of the ‘Bergen Room’ that had been founded by Marie van Reenen-Völter, wife of the mayor, had grown too large for the space it had been allocated in the new municipal hall. Sterken’s renovated farmhouse would become the new location of Bergen’s museum, and its maiden exhibition was opened on 2 May, 1915. Being one of the first cultural heritage museums outside the big cities, the ‘Old Bergen Room’ drew the attention even of the directors of Rijksmuseum in Amsterdam.

The Sterkenhuis has been officially called ‘Gemeentemuseum Het Sterkenhuis’ (Municipal Museum Het Sterkenhuis) since 1927 and is today part of Museum Kranenburgh. Well worth a visit, the museum will take you back in time to show you how the people of Bergen lived. In addition to an archaeological find from the stone age, it boasts a fully-fitted farmhouse kitchen from approximately 1900, local silver and glassware, uniforms and rifles from the Battle of Bergen, tools, old maps and prints and much, much more. 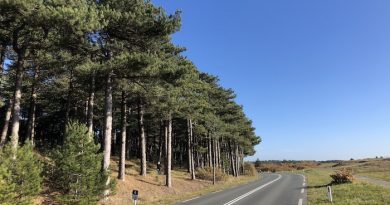 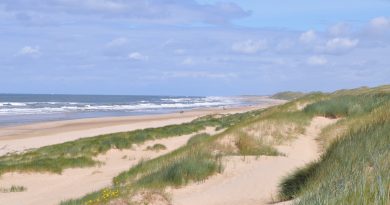 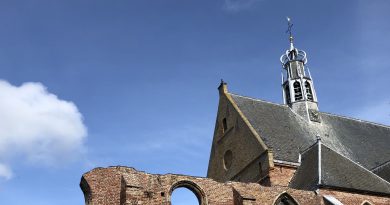