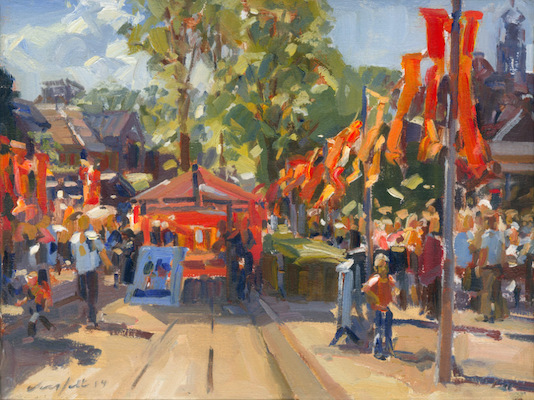 King’s Day (each year on April 27th) is a national holiday in the Netherlands and the country turns into a huge market. During the Vrijmarkt, as it is called, the Dutch let down their hair (often dying it orange), sell second-hand bric-a-brac, stage all manner of performances and generally dance and party in the streets from morning till night.

In Bergen things are a perhaps a little more modest than in the big cities, but you can’t avoid the celebrations unless you hide in your hotel room for 24 hours, ears plugged and television and internet switched off. Except you don’t want to miss King’s Day. So, head out and party Dutch style if you happen to be around this April 27th, not least because everybody else is! 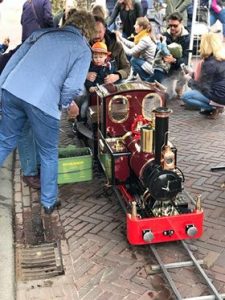 Kids take over the Plein in the centre from very early in the morning. There’s fun and games, face-painting, lots of toys and lots of sweets and treats. The local fire brigade is out in force to provide displays, there’s a little steam train to take a ride on, music and more. As the day progresses, it becomes more fun for grownups, too. Street food, bands, theatre and other acts – and weather permitting, people settle down together in the grass of the Ruïnekerk’s churchyard, catching up with a bottle of wine brought from home or a drink purchased at one of the surrounding bars. And all this goes on until well into the evening. You will remember King’s Day for the rest of your life!

King’s Day has celebrated the Dutch monarchy since 1885, but this year’s is only the sixth time it’ll actually be called King’s Day. Until 2013, it had always been Queen’s Day, as the country had a queen rather than a king, but the tradition actually started out as Princess’s Day. (The Dutch term Koninginnedag is in fact so deeply ingrained in Dutch collective consciousness that most people still call the holiday Queen’s Day out of sheer habit.)

Queen’s Day was first celebrated as Princess’s Day on the fifth birthday of Princess Wilhelmina, on 31 August, 1885. When she acceded to the throne in 1890 (yes, at just ten years old, but her mother Emma acted as regent until she was 18), the holiday became known as Koninginnedag (Queen’s Day). When Juliana became Queen in 1948, Queen’s Day moved to her birthday, April 30, and although her daughter, present Princess Beatrix was born on January 31, she chose – by way of tribute, but perhaps also because the weather is more

likely to be favourable at the end of April – to celebrate it on her mother’s birthday. During her inauguration speech (Queen’s Day, 1980), she turned to her mother and spoke the following moving words: “Dear mother, today is your birthday. In deep gratefulness for all we have received from you, this day – in the future, too – shall be associated with your wisdom, your compassion, your motherly love. For this day shall remain: Queen’s Day!”

Willem-Alexander is the first King of the Netherlands for more than 120 years, since the death of his great-great grandfather, King Willem III. The King’s wife, Queen Máxima, is the most popular member of the Dutch royal family and their eldest daughter, Princess Catharina-Amalia, is heir apparent to the Dutch throne.

There was some worry about what would happen to Queen’s 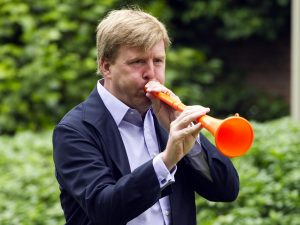 Day when Beatrix announced in early 2013 that her son Willem-Alexander would succeed her to the throne on Queen’s Day that same year, but he soon declared that from 2014 onwards King’s Day would be celebrated on his own birthday, April 27 (and since that was a Sunday in 2014, that first year it was actually on April 26). The day’s character has remained unchanged; the country still turns orange and the King and his family always visit a town or village, where they meet their subjects. In 2018, the King visited Groningen and in 2019 he will visit Amersfoort.

The Kingdom of the Netherlands has been an independent constitutional monarchy since Willem Frederik, Prince of Orange-Nassau (Willem I) proclaimed himself King on 16 March 1815, after the decline and eventual fall of the Dutch Republic and a messy couple of decades before the defeat of Napoleon Bonaparte in 1813. It has been governed by members of the House of Orange-Nassau ever since.

The Dutch monarch, as head of state, has many duties and responsibilities under the Dutch constitution. The monarch is officially a member of the Dutch cabinet and until 2012 had the right of initiative in proposing who should try to form a government in the country’s complex coalition system. The sovereign operates under full responsibility of the country’s ministers, who are sworn to protect the rights of the King and guarantee his total immunity.

King Willem-Alexander meets with the Prime Minister of the Netherlands each Monday morning to discuss government policy.

Officially, the role of the monarch is ceremonial, but Queen Beatrix always took an avid interest in politics and advised numerous Dutch prime ministers. It is common knowledge that her advice was far from non-committal and heeded more often than not. At the same time, she liked to keep a relatively low profile, aspiring to a normal, unpretentious and domestic lifestyle. It was not unheard of, for instance, to spot her riding her bicycle in The Hague. And on Queen’s Day, she traditionally visited Dutch towns and villages and mingled with her subjects, chatting and indulging in tea, coffee and cakes. It is a little too soon into King Willem-Alexander’s reign to be able to say much about what his role in Dutch politics will be. Ceremonial only, officially, of course, but he is and remains head of one of the richest families in the world and as such, he commands power, be it official or otherwise. 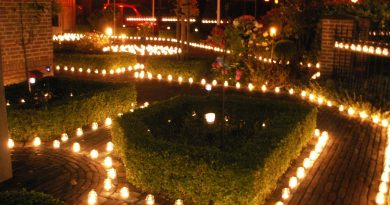