The Hertenkamp, or Deer Park, is a lovely spot to wander around, especially if you have small children, who’ll be thrilled to be able to get up close to the deer and other animals and maybe even feed them a little smackerel of something. It’s known as the Hertenkamp to locals, but the park’s official name is the Van Reenenpark, after Mayor Jacob van Reenen who gifted the land to the municipality in 1914, on the condition that it would be and forever remain a deer park. 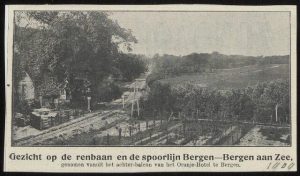 of the 19th century, entrepreneurial Mayor of Bergen Jacob van Reenen allocated a large plot of land to the northwest of the church neighbourhood to be turned into a horse-racing course. It opened for racing events in 1898 and attracted a lot of visitors. For a short while after the railway line from Alkmaar to Bergen aan Zee was opened, the race horses would arrive in Bergen by train. But unfortunately for lovers of equestrian sports, the Dutch government prohibited horse-race betting in 1911 and with that came an end to racing in Bergen. The stables, stands and club buildings were demolished and the land was turned into a villa park to provide housing for the ever more affluent citizens of Bergen. Many of the villas built then still stand around the Hertenkamp today, and the Van Reenen park, which stretches from the Kerklaan in the south to the Guurtjeslaan in the north, attracts admirers of residential architecture to the village to this day. 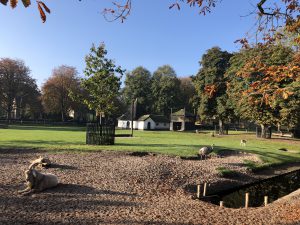 When Van Reenen retired as mayor of Bergen, the population gifted him a marble bench with his portrait in bronze by local sculptor Tjipke Visser. It still stands in its original location, overlooking the Hertenkamp and the animals that reside there. 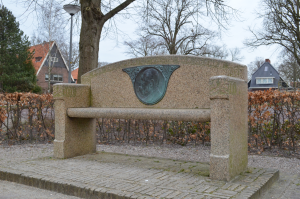